Back to all posts

"Made in Liverpool" TV shoot

This Monday we went to film two interviews and four of Jimmy's original songs, for Made in Liverpool TV. The filming was for two shows - the Lowdown, and Sound City. The Lowdown show has already been broadcast, and you can watch it on catch-up here (Episode 129, time 15:50).

Monday was special for another reason - it was Jimmy's birthday! So after the filming, we went down to the marina for a wee dram of celebratory bibation! 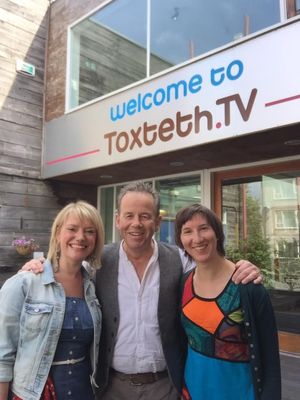